The blocking is done irrespective of whether the assessee is a supplier, recipient or transporter. Once the GSTIN of the assessee is blocked, the generation of the e-way bill is not possible until the pending GSTR-3B returns are filed. When a GSTIN is blocked, the e-way portal will not accept the GSTIN. In such cases, the GSTIN will be rejected in all the fields on the portal. Thus, the three parties, supplier, recipient and transporter, will not be able to generate an e-way bill with the defaulting party’s GSTIN.

After filing the relevant GSTR-3B returns, on a subsequent day, the e-way bill facility will be unblocked. If the assessee wants to unblock the e-way bill immediately after filing GSTR-3B, the following procedure should be followed: 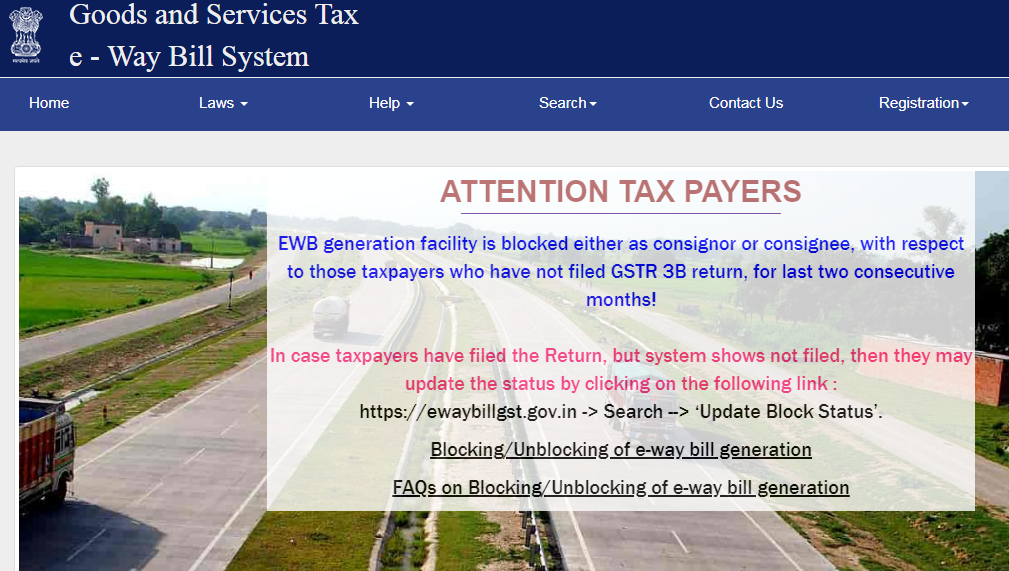 Enter the GSTIN of the assessee and complete the captcha procedure. See the status of the e-way bill facility. If the status is shown as ‘Blocked’, click ‘Update’.

On account of technical issues, the above procedure may not be effective. In such cases, after filing the pending returns, the assessee should make a representation to the Jurisdictional Officer (JO).